Zen and the Art of Kung Fu

Is Kung Fu really the ultimate path to enlightenment?  Many generations of warrior monks spread over a 1,500 year history have certainly believed it to be just that.  So what is the link between Kung Fu, Zen, and Buddhahood?

Zen is the westernised version of what the Japanese call the branch of Buddhism which dominates Japan, China and Korea.  It comes form the Chinese word Ch’an which means the same.  This word in turn comes from the Indian word Dhyana which the Chinese shortened to Jyan – Ch’an.  Dhyana means ‘no mind’.  No mind, in this context, is the aim of what we now think of as Buddhist meditation. Stilling the mind so as to experience clarity.

Some where around the year 520 AD the Indian monk  Bodhidharma (Tat Moh to the Chinese) was appointed head of the newly built Shaolin temple.  What followed is perhaps the most famous story in kung fu history.  Not surprising since it lead not only to the creation of what is considered by most to be the original Martial Art but also to the whole Ch’an / Zen school of Buddhism, the introduction of shoes to China and, according to some versions of the story, to the drinking of tea!

What was so revolutionary about Bodhidharma’s teaching that it gave rise to one of the largest branches of Buddhist teaching?  Whereas the achievement of Zen – cessation of the mind – was popularly considered amongst Buddhist monks as a stage on the path to Buddhahood, Bodhidharma taught that it was Buddhahood: ‘To find a Buddha, you have to see your nature. Whoever sees his nature is a Buddha. If you don’t see your nature, invoking Buddhas, reciting sutras, making offerings and keeping precepts are all useless’*.

As the legend goes, Bodhidharma took one look at the monks in the Shaolin Temple and was dismayed!  Hence he retired to a cave for 9 years where he sat in meditation facing a rock wall.  During this time he practised a martial form of Qigong to keep his body in good enough physical condition to support his mediation, wrote two famous dissertations on physical training which formed the basis of Shaolin kung fu (the ‘muscle tendon changing classic’ and the ‘brain marrow washing classic’), burned two holes in the wall of the cave with his penetrating stare and, frustrated after nearly falling asleep during his meditation, tore off his eye lids and threw them from the cave where they landed and grew into China’s first tea plants!

Giving spirit to the giant Bodhidharma statue at the Kung Fu Retreat, Thailand.

On emerging from the cave he taught his exercises to the monks and thus was born Kung Fu.  They were so effective that the monks of Shaolin became the stuff of legend. We might ask, though, whether practising kung fu really brings us to enlightenment and if so, how?  The answer is, essentially, that to raise your consciousness (mind) to the point of enlightenment is not the easiest of tasks and requires a mind which is functioning fully.  Mind, body, breath, energy (Qi / Chi) and spirit are tied together more tightly that our western education leads us to believe.  Traditional Chinese medicine sees things differently and concentrates of balancing the body’s functions and energy flow.  Bodhidharma looked at the unfit monks sitting around in meditation or performing rituals and knew that they were not going to make it.  A fully functioning mind is part of a fully functioning person in whom breath, energy (Chi) flow, blood flow and physical function are all finely tuned and working together.  And this is what real kung fu achieves. 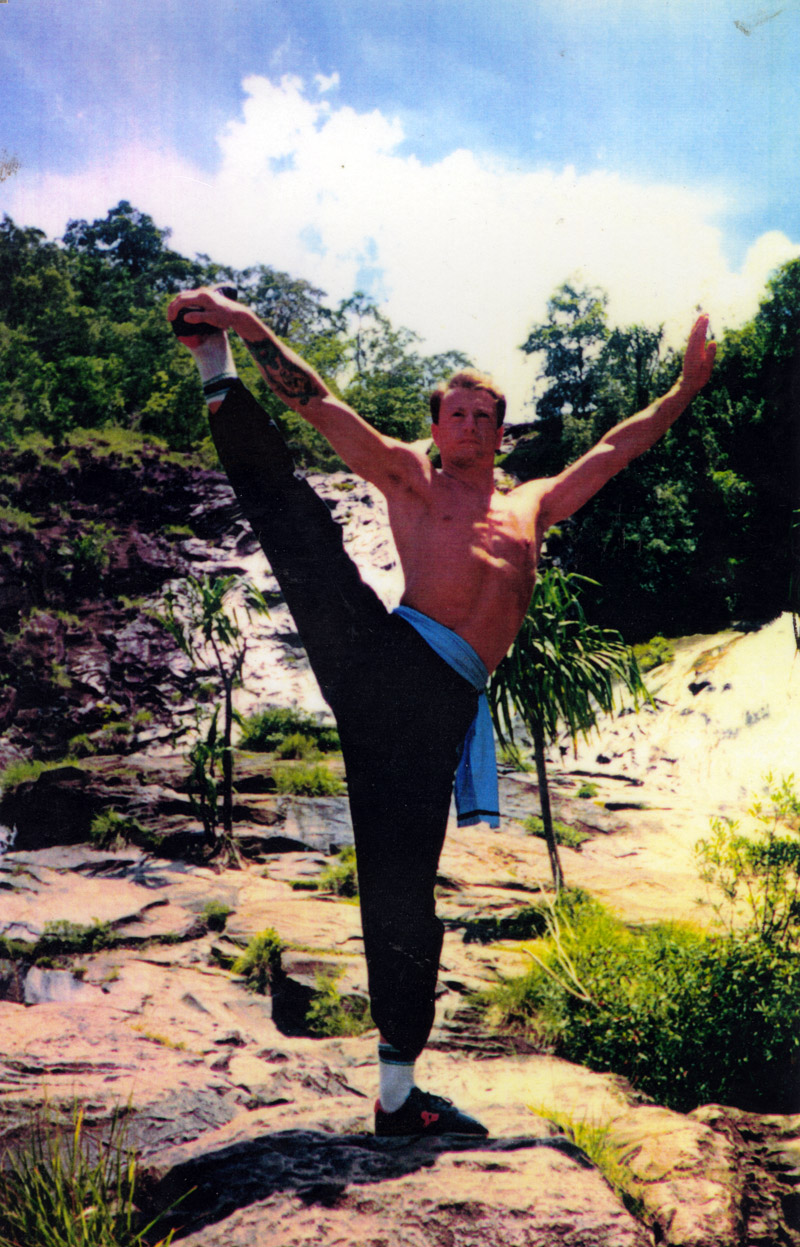 Open the body, open the mind.

There are many good systems of self-defence.  Few of them achieve what kung fu does.  Kung fu is the physical path to Zen and Zen is Buddhahood.  The whole school of Ch’an / Zen Buddhism traces back to Bodhidharma.  Bodhidharma did not teach the kung fu to monks of Shaolin because he thought that they needed to kick arse, he did so because he realised that it was the most direct way to achieving the primary goal of all monks: Buddhahood.  Fifteen hundred years have passed but this truth has not diminished even a little.  Indeed with the sudden availability of information over the internet recognition is spreading.  People are waking up to the fact that if they want to step up to the next level, kung fu is still the best route map.

I began with the question ‘is Kung Fu really the ultimate path to enlightenment?’ I will end with another quote from Bodhidharma* himself:

"life and death are important: don’t suffer them in vain." 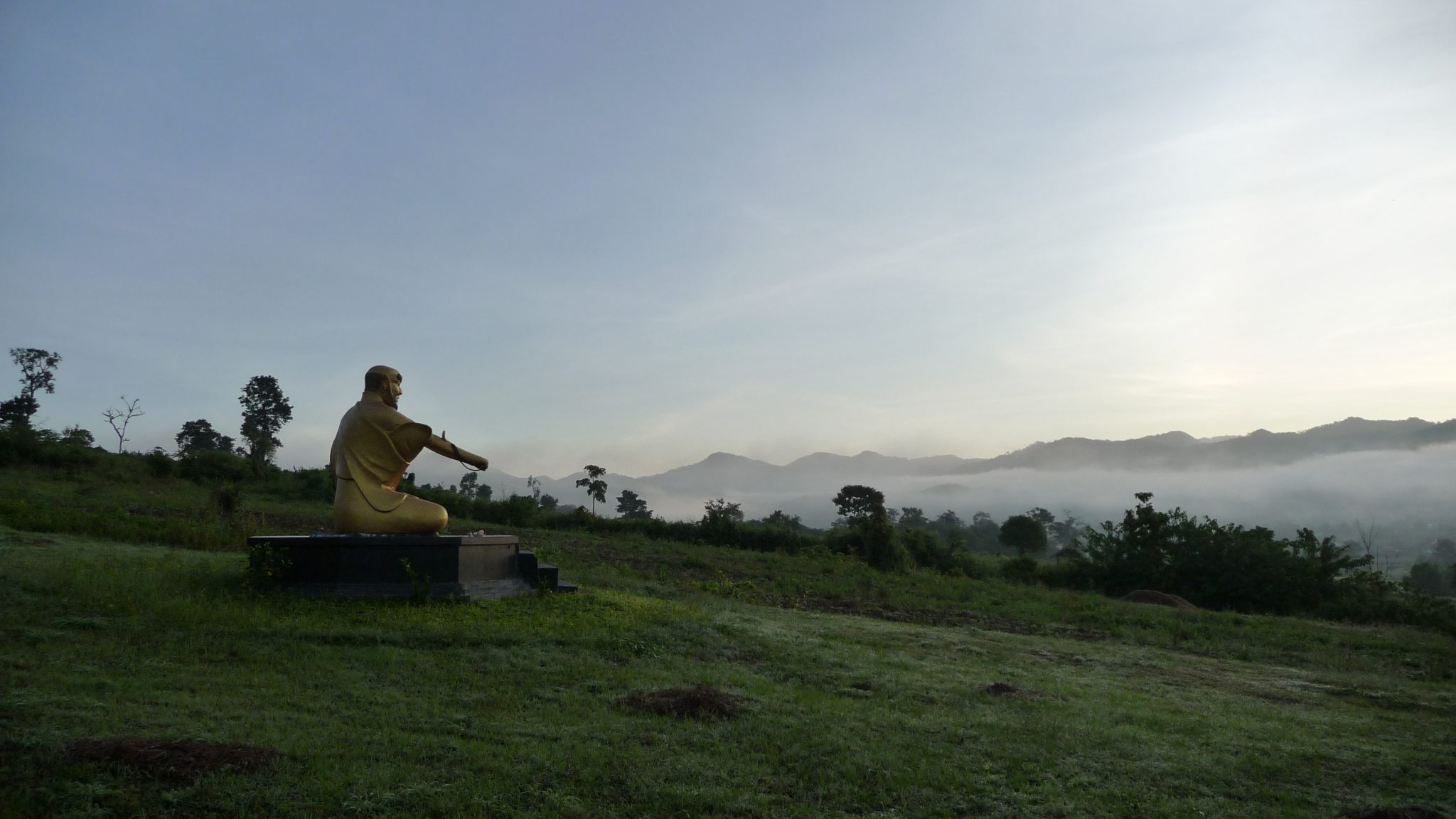 View from the Thai Retreat: Bodhidharma gazes out over the mountains!

Receive a series of free sample lessons to get a taste of a Nam Yang Global Family membership and begin your Kung Fu journey.
Privacy Policy
You can now train with Nam Yang and Master Iain from anywhere in the world

Receive a series of free sample lessons to get a taste of a Nam Yang Global Family membership and begin your Kung Fu journey.
Privacy Policy