To me, what is most important about Sum Chien training is its huge potential to change our lives for the best.  Hence discussing this first.  To benefit from it we do not need to know about its history but, as humans, a knowledge of our background and culture and just where we fit into it is important to us.  It gives us roots, it gives us a sense of perspective.  So here, in the second part of this article, I will discuss these aspects of Sum Chien training.

Unfortunately there are not, as far as I know, any written records of the Sum Chien’s beginnings.  Based on the fact that all of the ‘Min Nam’ arts seem to practise Sum Chien I guess that it dates back to the southern Shaolin temple and represents the culmination of many years practise and refinement by generations of monks.  It almost certainly has its origins in the ‘Muscle – Tendon Changing Classic’ and ‘Brain Marrow Washing Classic’, the legendary treatises of Boddhidharma, the Shaolin founder.

Statue of Tat Moh (Bodhidharma) who sits in front of the student dorms at Nam Yang Kung Fu Retreat in Thailand.

Chinese kung fu has developed in such a way that it is interwoven with Chinese tradition, cultures and beliefs.

As part of the Shaolin branch of kung fu Sum Chien definitely has its origins in Buddhism.  Having said this many of the associations in which it is now practised incorporate Taoism and Confucianism into their practises.  It is very difficult to draw clear boundaries between them and they are certainly not mutually exclusive.

Numerology is and always will be incredibly important in Chinese thinking.  Three is a powerful number in Chinese numerology and three steps forward and three steps back are a defining characteristic of Sum Chien.  After the burning of the Southern Shaolin Temple by the Ching government, when the Kung Fu was kept alive only by the secret societies dedicated to overthrowing the Ching and restoring the previous Ming dynasty, Sum Chien was described as ‘three steps forward to overthrow the Ching, three steps backwards to restore the Ming’.  The triad of Heaven, Earth and Man, which is as important in Chinese cosmology as it is in Chi Kung, was very significant to the secret societies and is the origin of the name by which they are known in the west – triads.

Subsequent routines in the Hokkien arts such as white crane, tai chor and ngo chor often feature sequences of eight movements, eight being connected with the Pa Gua or octagon.  In fact in old style Shaolin kung fu the routines stick to using a maximum of eight directions, representing the octagon.  Routines which involve moving in all 8 directions are reserved at least until the intermediate stages of the training, though.

Different Forms, Styles and Versions of the Sum Chien

Sum Chien training is practised in more or less all of the martial arts styles from Fukien China and by most traditional styles of Karate, (which is now more or less acknowledged as having originated from Fukienese kung fu, specifically the branch from North of the Min River).  Since these styles of martial art have now spread world wide, so has training in Sum Chien.  As the real power of Sum Chien is gradually understood it is likely to increase dramatically in its popularity and spread even further.

Many people are extremely confused by the huge variation between the Sum Chien exercises performed by different groups.  This confusion is understandable since most people fail to understand Sum Chien training.  They look at the external movements and assume that they are some sort of collection of fighting techniques.  When they look at different styles whose external movements are different they can not see how what they are seeing can be the same routine.  Since you have now read this far through my article, you will already have understood the real truth about Sum Chien: although its movements are indeed useful for defence, much of its value lies in how it trains the mind, the emotions, the breath, the internal organs etc.  If the correct training principles are followed then many different variations in the external movements are still capable of achieving the same results.  Through history, kung fu masters have famously taken advantage of this by teaching the real depth of their arts only to students who are trustworthy, of good character and intelligent enough to be able to understand.  Those not so favoured were still taught the same movements and failed to realise that the key teachings were missing.  This is the subtlety of true kung fu.

Why is there such a confusing array of different variations of what is, essentially, a short form?  Having researched into this and, in the process, interviewed many old and distinguished kung fu masters I believe the answer to be as follows.

Before kung fu spread overseas it was not commercialised and most groups were fairly small and local.  Routines were not standardised to anything like what is usually seen today – indeed most masters prided themselves on performing their own ‘personalised’ versions of their art.  Hence there were almost as many variations as there were teachers, even within a school.  Kung fu was very much a living art and was expressed very personally by each practitioner.  The idea of standardisation had not really occurred to most of them.  Depth, quality, strong principles, effectiveness – these were what was important.

Unfortunately, the true depth and meaning of Shaolin Kung Fu is beyond the grasp of the majority of people and probably always has been.  So there have always been plenty of people around who, although they have learned good kung fu from a good teacher have not understood it and are just teaching their students to copy the external movements without any substance or depth.  To these people and all who learn from them, the different versions of the Sum Chien routine will seem totally incomprehensible.  Indeed they will not even appear to be the same routine.  Further to this, even the best teachers are likely to place emphasis on different aspects of Sum Chien training, for example, on internal movement of energy as opposed to external expression of strength.  So the fact that different people perform differently does not mean that they are performing wrongly.  Ultimately, the better that you understand true Sum Chien training, the less difference that you will see between various outward expressions and the more similarity you will see between principle and methods. 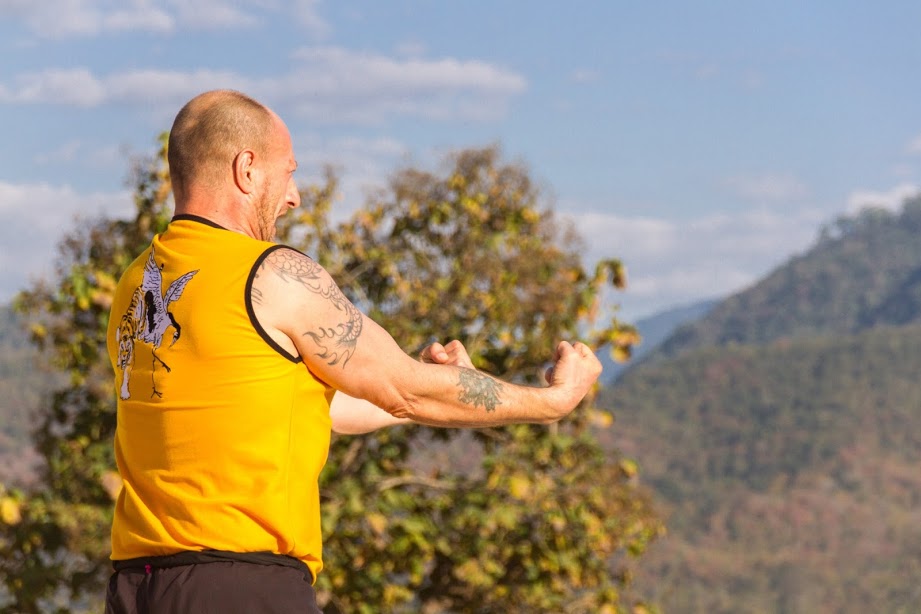 Receive a series of free sample lessons to get a taste of a Nam Yang Global Family membership and begin your Kung Fu journey.
Privacy Policy
We use cookies to ensure that we give you the best experience on our website. If you continue to use this site we will assume that you are happy with it.AcceptCookie Policy