Our art is often described as a very simple one.  I tend to the opinion that kung fu training is simple on the surface but complex in its depth.  Nonetheless, its approach to defence is straightforward, based around a number of rock-solid principles.  One of these is the importance of stability.

If you lose your balance you will be able to do little more than flail around until either you get your balance back or you fall.  Whilst flailing around you will be vulnerable since you have no defence.  Hence, very often all that is needed to win is to be so stable in your stance that when you clash with someone else you remain rooted to where you are and send them flailing around at which point it is very easy to finish them.  Ours is an old art, left over from days when losing often meant dying.  Quick, sure wins were important. So developing a stable stance is considered the first priority of our kung fu training. 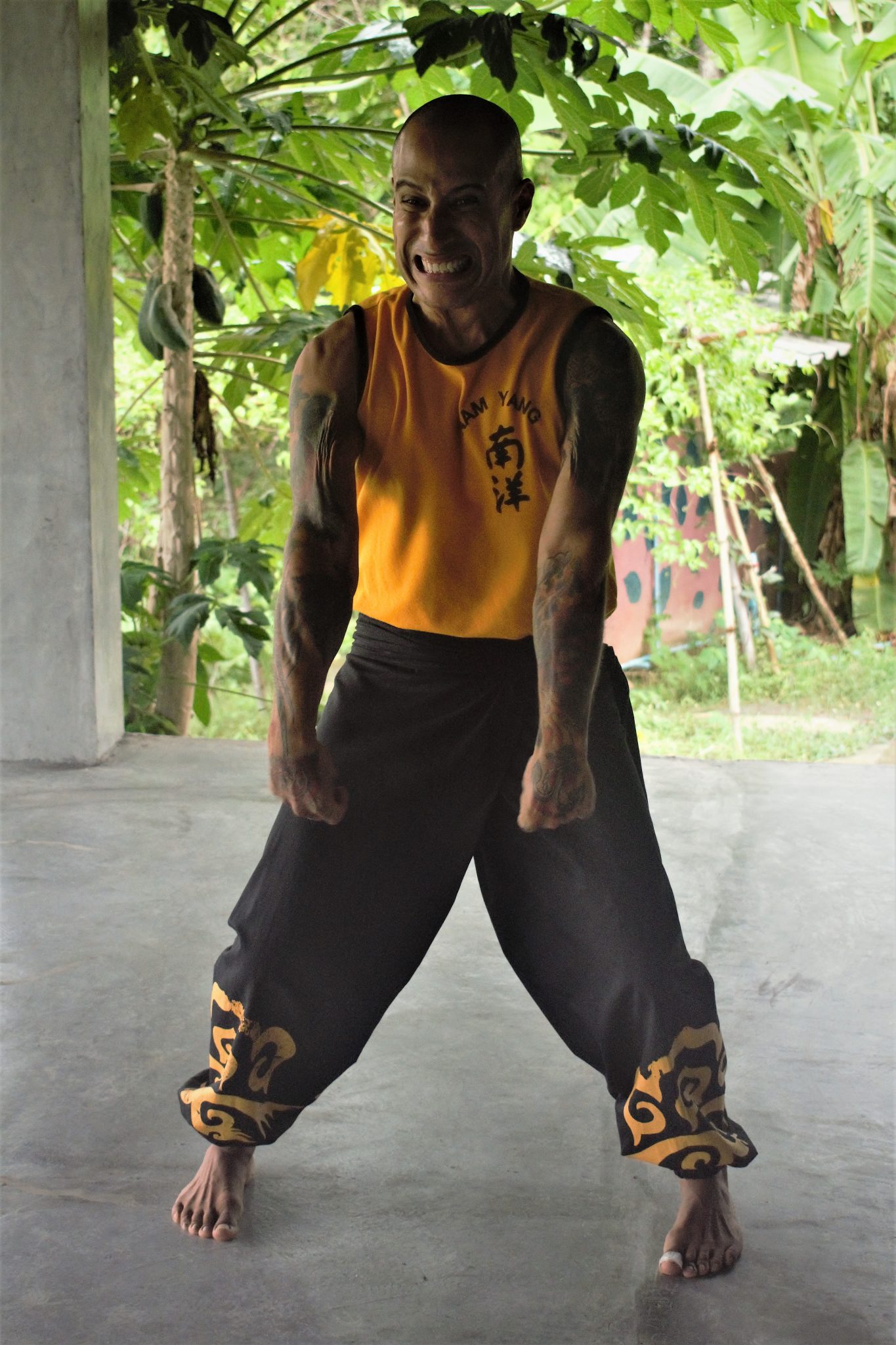 The Shaolin kung fu horse riding stance. This technique is ‘two pillars piercing the Earth’ from the sum chien routine.

Stability must be balanced against manoeuvrability and speed.  Very low, wide stances have great stability but are slow, hence we use a fairly high stance.  We retain our stability through being totally relaxed and sinking our chi down through the soles of our feet into the Earth like the roots of a tree.  This stance is said to have been developed by the Sung Emperor who founded the Tai Chor Quan (Grand Ancestor Fist) art, the third of the five stages in development of the Southern Shaolin kung fu.

There are two important variations of this stance and different schools of the same art often choose to use the same one.  Cheng Kun Twee is the thousand katee (thousand pound) stance; so called because it has the strength to support a great weight.  In this stance the leg muscles are strongly tensed and the testicles pulled up hard.  Lok Twee Seng Kun means ‘growing roots into the Earth’.  It can be called the rooted stance.  In this stance the legs are totally relaxed and the weight is held up by the elasticity of the tendon resulting in a springy, suspension like effect.

Dropping your chi down through your feet leaves the upper body empty and relaxed so that strength can easily pass through.  Holding the ground firmly with your feet provides great leverage.  A solid stance is the foundation of a solid art.

The Shaolin kung fu ‘walking horse stance’. This technique is ‘double dragons going out to sea’: one of the key kung fu training techniques in the sum chien pattern.

Want to discover more about the ancient arts of kung fu? Contact us today to learn about the Nam Yang Kung Fu Retreat. 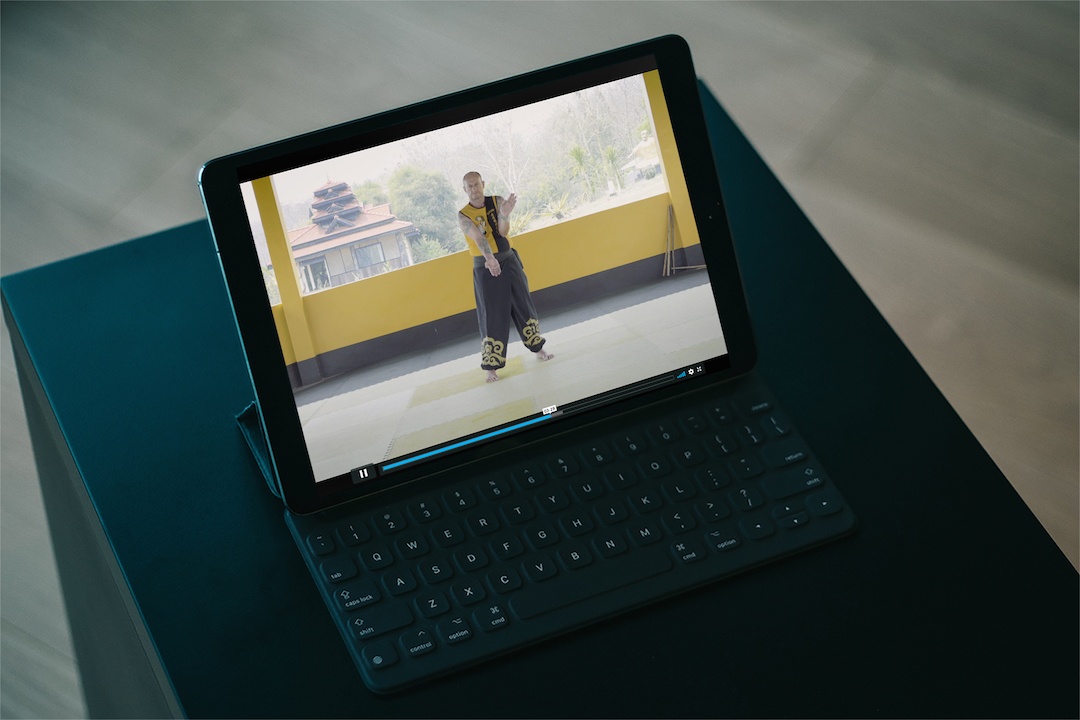 Receive a series of free sample lessons to get a taste of a Nam Yang Global Family membership and begin your Kung Fu journey.
Privacy Policy
You can now train with Nam Yang and Master Iain from anywhere in the world

Receive a series of free sample lessons to get a taste of a Nam Yang Global Family membership and begin your Kung Fu journey.
Privacy Policy